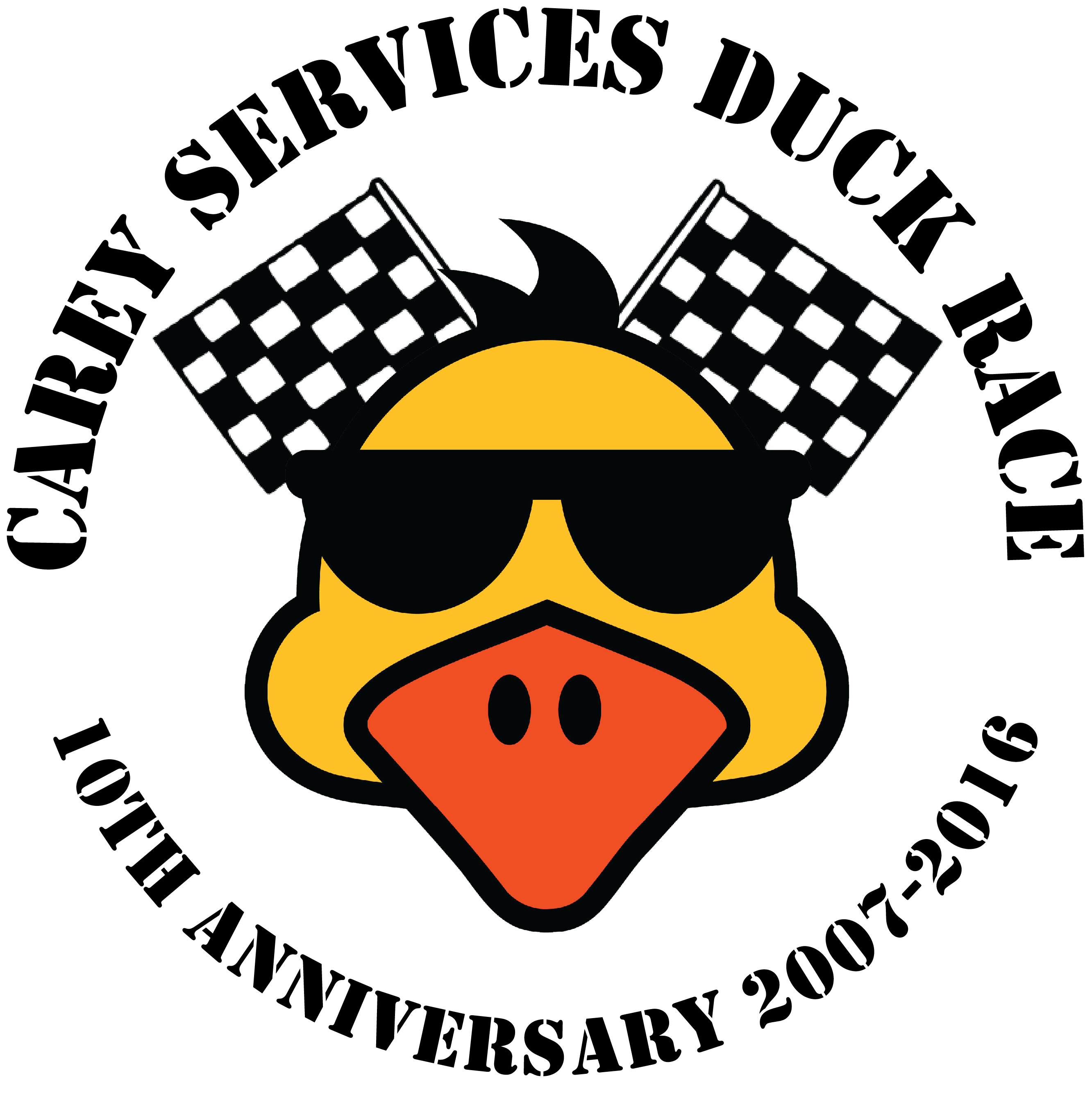 Duck season has officially closed for 2016.

The 10th annual Carey Services Duck Race was a huge success. The event raised nearly $40,000 for agency programming and client needs on a hot, humid night at The Splash House in Marion. It was a perfect night to be a duck and be in the water.

And, speaking of ducks, the Carey Services duck mascot was officially christened after the race. In a community contest in cooperation with the Chronicle-Tribune, our feathered, well, really fuzzy, friend was given a baseball jersey with the name “Quackers.” So we now know what to call the big yellow bird.

The three case prizes went to: Shirley Puckett, $1,500; Keith Newman, $500, and All-Star Staffing, $250. One of the big attractions for the 10th anniversary observance was the chance to win a $25,000 cash prize to go toward the purchase of a new vehicle. A random duck was drawn before the race, but another random duck drawn from the ducks gathered at the finish line did not match the first number drawn, so nobody won the big prize.